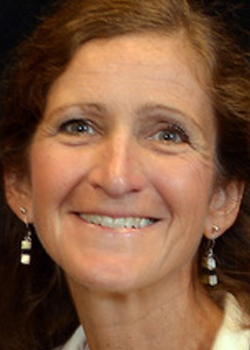 Dr. Argye Beth Hillis is a Professor of Neurology, with joint faculty appointments in Physical Medicine and Rehabilitation and in Cognitive Science at Johns Hopkins University. Dr. Hillis serves as the Executive Vice Chair of the Department of Neurology, and Director of the Cerebrovascular Division of Neurology. Prior to medical training and neurology residency, Dr. Hillis worked as a speech-language pathologist, and conducted clinical research focusing on understanding and treating aphasia and hemispatial neglect. She has brought these areas of experience to impact on her clinical research in neurology, which involves cognitive and neuroimaging studies of aphasia and cognitive deficits due to right hemisphere stroke and focal dementias.

Dr. Hillis is Associate Editor of Aphasiology and has served as Co-Editor-in Chief of Behavioural Neurology, Associate Editor of Brain, Annals of Neurology, American Journal of Speech-Language Pathology, Cognitive Neuropsychology, and Language and Cognitive Processes. She also serves on the editorial boards of Brain and Language and Stroke. Dr. Hillis was the 2003 recipient of the Derek Denny Brown Neurological Scholar Award from the American Neurological Association and the Norman Geschwind Award in Behavioral Neurology from the American Academy of Neurology. Her current research is supported by the National Institutes of Health (NINDS and NIDCD).

Dr. Hillis's current research combines longitudinal task-related and task-free functional imaging and structural imaging from the acute stage of stroke through the first year of recovery, with detailed cognitive and language assessments to improve our understanding how language and other cognitive and emotional functions recover after stroke. She is investigating the most effective timing of neuromodulatory treatments, such as transcranial direct current stimulation and medications, to augment behavioral therapies after stroke.

Dr. Hillis currently sees patients at the Johns Hopkins Outpatient Center in Baltimore on Fridays and Johns Hopkins Greenspring Station on the first Wednesday of most months.